The German Amazon was probably by accident selling a 30 cd collection of the conductor Carl Schuricht's radio broadcast and concert recordings from Stuttgart for just 20 Euros. I had no recordings by him, and being aware of his reputation especially as a Beethoven and Bruckner conductor, this seemed an unbelievable bargain. However, my initial purchase attempt was unsuccessful and instead I was being re-directed to a German collection of Christmas carols (quite steep a price for one CD of such a thing, and I am not into underground curiosities of that sort). My interest had been awaken though, and I got fixated to the idea of getting this so that when retreating to a forest for two days, I listened through excerpts of the set and was convinced. Prior to my purchase, I already had listened through the set in toto.

After very extensive comparison I managed to get the set for a little more than 60 Euros. Even at that price, the deal is very enticing. I have learnt that whatever mr. Schuricht is conducting, he is never anything less than musical and there is a general conviction and a stamp of authority about his readings.

Sound of these German radio sources (1950-1966) is generally good for the period and nothing to be worried about if one is used to non-digital standards, mostly mono but some stereo or stereoish mono. That quality is hardly a surprise for anyone familiar with German radio sources; their sound engineers certainly knew their stuff.

Not surprisingly, highlights in this set include some of his Bruckner (represented by five symphonies), especially the 4th symphony, a performance that is among the greatest recorded performances of the work and his surprisingly passionate Brahms.

The Richard Strauss items are revelatory and in surprisingly good live stereo; Mahler is represented with his 2nd and 3rd symphonies, recordings that are not that well known. His Beethoven is better represented by his complete set from Paris, although especially the 7th symphony here has a strong fallout. That very cd has also a most enjoyable, clear-sighted Schubert fifth symphony, one of the loveliest symphonies in the whole repertoire. Schuricht's Schumann is very urgent, as the first and third symphonies here show.

This set introduced me to Reger, who still by Schuricht's time was a contemporary; after his last pupils and protegees (such as Schuricht) have passed away, his music hasn't been more than a footnote in history. Reger is represented here by two of his variation works; entertaining music, not great but fun to dip into occasionally. Reger lies somewhere between two giants, Brahms and Richard Strauss. Schuricht does both very convincingly, so small wonder that he is such a persuasive advocate of Reger).

There is a representative chunk of contemporary music of his time, most of which quite forgotten but with his eminent and authoritative musicianship Schuricht holds ones attention and makes this repertoire palatable (and the modern music selected for the set is not the most challenging for a casual listener as it is tonal).  For instance, the Theme and variations for baritone and large orchestra by Emil Reznicek is quite forgotten, but a delightful piece not far from Richard Strauss' idiom.

The violin concerto by Hermann Goetz is contemporary and also stylistically compatible with the Bruch concerto it follows. The Richard III overture by Robert Volkmann could be composed by Richard Strauss, only some 50 years earlier.

Schuricht had a very wide range of repertoire. Still I guess no one would by this collection for Tchaikovsky or La Mer, or not even the perceptive musicianship of Schuricht could save the Tchaikovsky Romeo et Juliet.

If a single highlight of the set would be pinpointed, it would be his collection of Wagner opera excerpts, where Schuricht manages to cumulate tension better than just anyone; yet his style is almost chamber musiclike. Schuricht possessed a lithe touch; his conducting was barely ever heavy-handed. Schuricht maintains continuity and makes orchestra sing so that one barely registers that this is wordless Wagner. This is simply sensational stuff for the ages. One item that speaks loudest for the validity of his approach is Morgendämmerung und Siegfried's Rheinfahrt.

Playing of the SWR Orchestra of Stuttgart has its rough patches but is mostly eminently servicable, and the conviction of its conductor shows. The orchestra clearly adored their conductor. Generally Schuricht is more of a literalist tradition in the Toscanini, Erich Kleiber and George Szell school than the romantic school of Furtwängler and Jochum, albeit with a touch of warmth and humanity. Schuricht was revered among musicians in the same way as Bruno Walter or Rudolf Kempe. 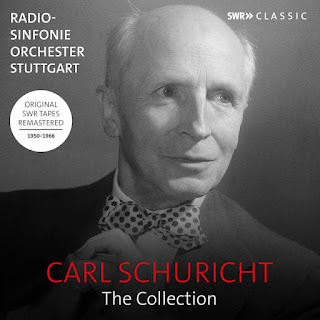 My review is also released at Amazon.de. 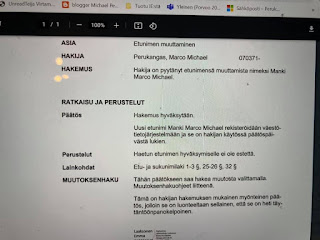